Last week we were a house divided, with me rooting for the Red Sox, Fiona cheering on the Cubs, and George pulling for the Phillies. While we are all, first and foremost fans of our beloved Twins, I am a Red Sox fan after spending my college years in Boston, George worked at a TV station in Philly for a while which I guess explains his strange (in my opinion) prediliction for the Phillies, while Fiona falls into the Cubs camp because her nickname is “Miss Wiggly Field.” (Although all three of us have a soft spot for the Cubs.) 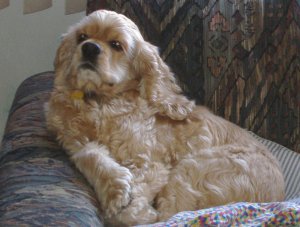 I'd love to know what you think, please feel free to comment. Cancel reply

Finding the grace in the everyday—and the not so everyday—while living a full and creative life that includes chronic illness, ptsd, and depression. I live in lovely Minneapolis, Minnesota and am happily married to George and doggie-mama to Piper. I’m a Benedictine Oblate candidate of St. John’s Abbey in Collegeville, MN. I prefer my sweaters cozy, my sundresses flowery, and my wine Pinot Noir; I love nature, books, writing, Lake Superior, photography, history, theology and spirituality, and spending time with family and friends, (not necessarily in that order)!

Gingerfancy Photography is for sale through RedBubble. Just go to redbubble.com/people/gingerfancy

I frequently use Lightroom presets along with Photoshop textures and actions in my photography, and when I do, I turn to Denise Love of 2 Lil’Owls. I use her work almost exclusively because the quality is superb and I’ve never found anything else I like half as well! Click on the link below to check it out for yourself, and enhance your own photography. :) (PS I’m an affiliate so I get a small finder’s fee.)

©Barbara Resch Marincel and lifeisgrace.blog. Unauthorized use and/or duplication of this material without express and written permission from this blog’s author and/or owner is strictly prohibited. Excerpts and links may be used, provided that full and clear credit is given to Barbara Resch Marincel and lifeisgrace.blog with appropriate and specific direction to the original content.

There Will Be Bread

The intersection of faith and life.

All things skincare, green beauty and beyond!

Our every encounter leads someone toward beatitude or away from it

Where the Middle Ages Begin

We are what we think.

The good and the bad of having an illness

Laughing at myself, and learning to love (live with) it!

Photography and Thoughts About Life and Aging

My life with Fibromyalgia

Ramblings of a now 60+ Female

Live A Visible Life Whatever Your Health

Living the Rule of St. Benedict in Daily Life

Just a Mom that loves her family, coffee & blog.