62 years ago this morning, my father, along with other young men–just boys, really– from the United States, Great Britain, and Canada, stormed the Normandy beaches to begin the Allied assault on Nazi-occupied Europe. When Eisenhower said the hopes of freedom-loving people everywhere went with them, he wasn’t kidding; WWII historian Stephen Ambrose called D-Day the definitive day of the twentieth century because it became the turning point in the European War and gave Hitler his first real taste of what he had so underestimated, what Eisenhower called the “fury of an aroused democracy.” If the landings had failed, there would have been no Western Front to relieve the pressure on the Soviets in the East, and it would have been at least another year before the Allies could have attempted another invasion of Occupied Europe.

A few of the troops landing in Normandy that day had some combat experience, primarily in North Africa and/or Italy. But the majority, like my dad, had never heard a shot fired in anger. For them, Omaha Beach would come to represent a hellish loss of innocence. There were five landing beaches: Gold, Juno, Sword (British and Canadian), Utah, and Omaha (American). Of the five, Gold, Juno, Sword, and Utah went relatively according to plan; Omaha, however, has been known as “Bloody Omaha” ever since. The first assault waves sustained tremendous casualties, as soldiers were mowed down by German mortar and artillery fire. Many drowned, wounded by German fire and loaded down by over 60 lbs. of gear, before they ever made the beach. The beach itself was a slaughter, littered with the bodies of the dead and wounded. There were body parts, blood and gore everywhere, along with the never-ending sounds of artillery fire and the screams of the dying. One soldier famously described landing on Omaha that day as a “descent into hell.” Did you ever see “Saving Private Ryan?” The opening scenes were set on Omaha Beach. According to WWII veterans who survived Omaha, the movie was horrifyingly accurate.

This, then, was what my dad, a farm boy from Minnesota, saw in the early morning hours of June 6, 1944. An artilleryman, he came ashore with the Third Assault Wave, which took 50% casualties and lost all of their jeeps and trucks and howitzers, etc., in the bloody chaos on the beach–if they managed to get any artillery equipment of their landing craft at all. I don’t know very much about what he experienced, as he wouldn’t say much about it and, like all children of combat veterans, I instinctively understood that there were some things one simply didn’t push dad to talk about. But he did tell me a few things: he was in the third assault wave to hit Omaha; in response to my question “what was it like” he said vaguely “…well, you know, gettin‘ shot at a lot…bullets in the air, everyone in the boat was seasick goin‘ over….” Actually he got quite graphic about the the depth of the vomit; apparently not everyone made it to the side of the boat.My mom asked him once what he thought about while crossing the English Channel on his way to France, and after he reflected for a while, he said that he mostly worried that he might be a coward, that he’d let his buddies down, and the family back home.

After he died, my Aunt Marie told me a story about my dad and Omaha Beach. After he finally worked his way on to the beach, a lieutenant (I’ve read that most of the young lieutenants that day were useless idiots; for the most part it was the enlisted men–the noncoms–who saved the day) grabbed him and barked, “Soldier, dig me a foxhole!” To which my dad replied, “Dig your own goddamn foxhole!” And thank God he did…

Because as Colonel George Taylor yelled to the soldiers crouched on the shingle, “There are only two kinds of people who are staying on this beach, those who are already dead and those who are gonna die. Now get off your butts!” The rest, including my dad, somehow got off the beach–and won the day by knocking out the German defenses from high up on the bluff. That was their job. Pinned down on the beach, the men would have had no hope of survival.

D-Day, June 6, 1944, was the climactic moment of the twentieth century. The outcome of the war in Europe was at stake. If Field Marshall Erwin Rommel’s forces had thrown back the invasion of Normandy, Nazi Germany might well have won the war. Gen. Dwight D. Eisenhower, the Supreme Commander of the American, British, and Canadian forces, was prepared to resign his post if the attack had failed.
Operation Overlord, as the invasion was called, had superb planning, training, and equipment. But no matter how good the commanders had been in preparation, it was the men on the beaches at Gold, Sword, Juno, Utah, and Omaha who counted. At Omaha Beach, the infantry was pinned down at the seawall, taking fire from German mortar, artillery, and small arms fire. The U.S. First Army Commander, Gen. Omar Bradley, was at one point ready to pull them off the beach.
But they were soldiers of democracy. They were not as good as the German soldiers at taking orders [as my dad so amply proved], but they knew how to take responsibility and act on their own. What happened along the seawall–over there a sergeant, down the line a corporal, over there a lieutenant–they all came to the same conclusion: if I stay here I’m going to die, but before I do, I’m going to take some Germans with me. So he would yell at the men on his right and on his left, ‘I’m going up that bluff. Follow me,’ and start out. One man would follow, then another, soon a dozen or more. They got to the top of the bluff to begin the drive inland, toward Germany…
Their triumph that day against the best the Nazis had to put against them, ensured our freedom. There were eleven months of hard fighting ahead, but once the Allies got ashore in France, neither the skill nor the determination and the fighting abilities of the Germans could stop them. They put the Nazis where they belonged, in the ash can of history.  (From D-Day June 6, 1944: The Climactic Battle of World War II, by Stephen Ambrose.)

In 1994, the year after my dad died, I remember watching the 50th anniversary celebrations from Omaha on TV. What I remember most, and what I wrote in my journal later, was what President Bill Clinton said to and about the veterans of D-Day that day:

They may be older now, and grayer now, and their ranks are growing thin. But when these men were young, these men saved the world.

My dad never wanted to be a hero, and certainly didn’t think of himself as one (I was just doing my job, he said once to sum up his service during the war) but a hero he was. As were they all, those boys who became battle-scarred men on the beaches of Normandy that day.

And as for me, my father has long since gone to his peace, and memories of D-Day have no more power to torment him. This I know. I know, too, that the beaches of Normandy have been quiet and still for 62 years and that Hitler’s Nazi regime and all of its evil was soundly defeated. But it still breaks my heart to think of my dad, a sweet, gentle farm boy from Minnesota, facing that beach the morning of June 6, 1944.

Postscript:
In Normandy, they have not forgotten. After 9/11, the French left thousands of notes and flowers at the American Cemetery overlooking Omaha Beach in Colleville–sur–Mer. Many of the notes read, simply, We Remember.

My spiritual journey is all about finding the grace in the everyday—and the not so everyday—while living a full and creative life that includes chronic illness, PTSD, and depression. I'm a writer, blogger and photographer, live in lovely Minneapolis, Minnesota and am happily married to George and doggie-mama to Piper. I’m a Benedictine Oblate candidate of St. John’s Abbey in Collegeville, MN. My creative inspirations include nature, good books, Lake Superior, my flower garden, and my faith. More than anything, I cherish spending time with friends and, especially, family.

Gingerfancy Photography is for sale through RedBubble. Just go to redbubble.com/people/gingerfancy

I frequently use Lightroom presets along with Photoshop textures and actions in my photography, and when I do, I turn to Denise Love of 2 Lil’Owls. I use her work almost exclusively because the quality is superb and I’ve never found anything else I like half as well! Click on the link below to check it out for yourself, and enhance your own photography. :) (PS I’m an affiliate so I get a small finder’s fee.) 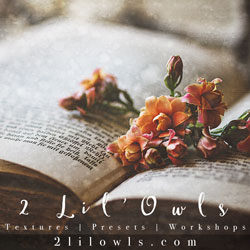 ©Barbara Resch Marincel and lifeisgrace.blog. Unauthorized use and/or duplication of this material without express and written permission from this blog’s author and/or owner is strictly prohibited. Excerpts and links may be used, provided that full and clear credit is given to Barbara Resch Marincel and lifeisgrace.blog with appropriate and specific direction to the original content.

A Benedictine Oblates Take on Life

The best longform stories on the web

It's my chaos and I'll cry if I want to. And laugh. And cackle like a lunatic. Depends on the minute.

There Will Be Bread

The intersection of faith and life.

All things skincare, green beauty and beyond!

Our every encounter leads someone toward beatitude or away from it

Where the Middle Ages Begin

We are what we think.

The good and the bad of having an illness

Laughing at myself, and learning to love (live with) it!

Photography and Thoughts About Life and Aging

My life with Fibromyalgia

Ramblings of a now 60+ Female

Live A Visible Life Whatever Your Health

Living the Rule of St. Benedict in Daily Life